Princess Diana may have had a great deal to do with the way wedding gowns looked in the summer of 1982, but in 1981, she was anxiously awaiting her wedding, just like the brides that appeared in the first few months of Park Cities People.

One of the biggest, most well-known weddings in the world happened in July 1981, just slightly before the very first issue of Park Cities People debuted in September, so you won’t see the big puff sleeves and the riot of silk taffeta that became popular after Charles and Diana’s wedding. 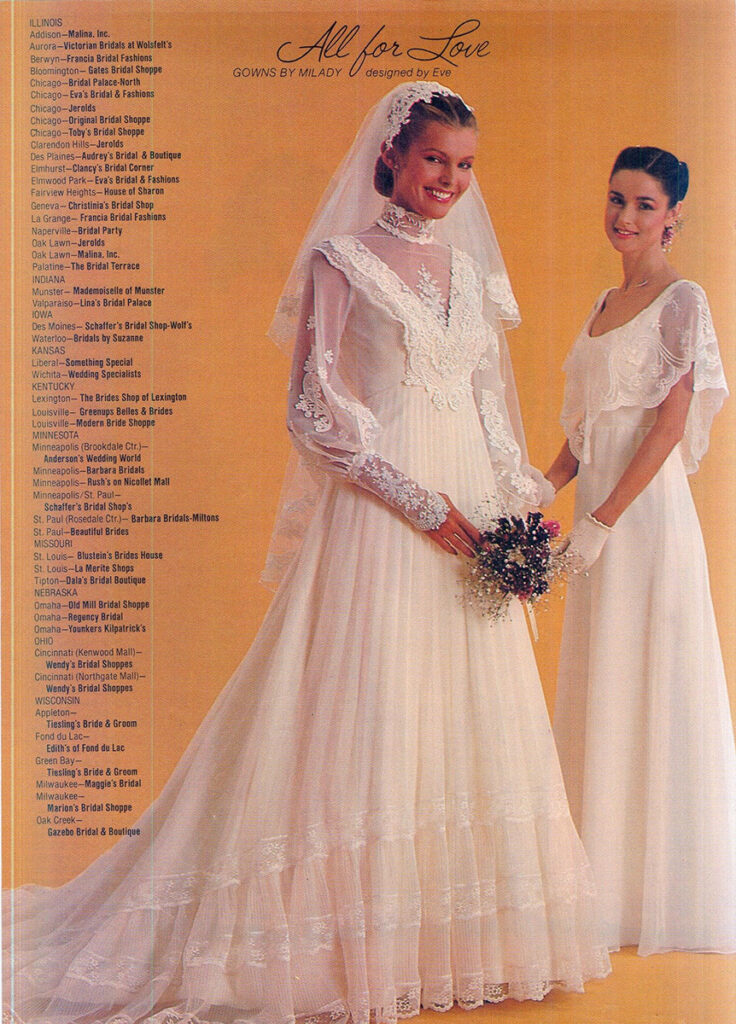 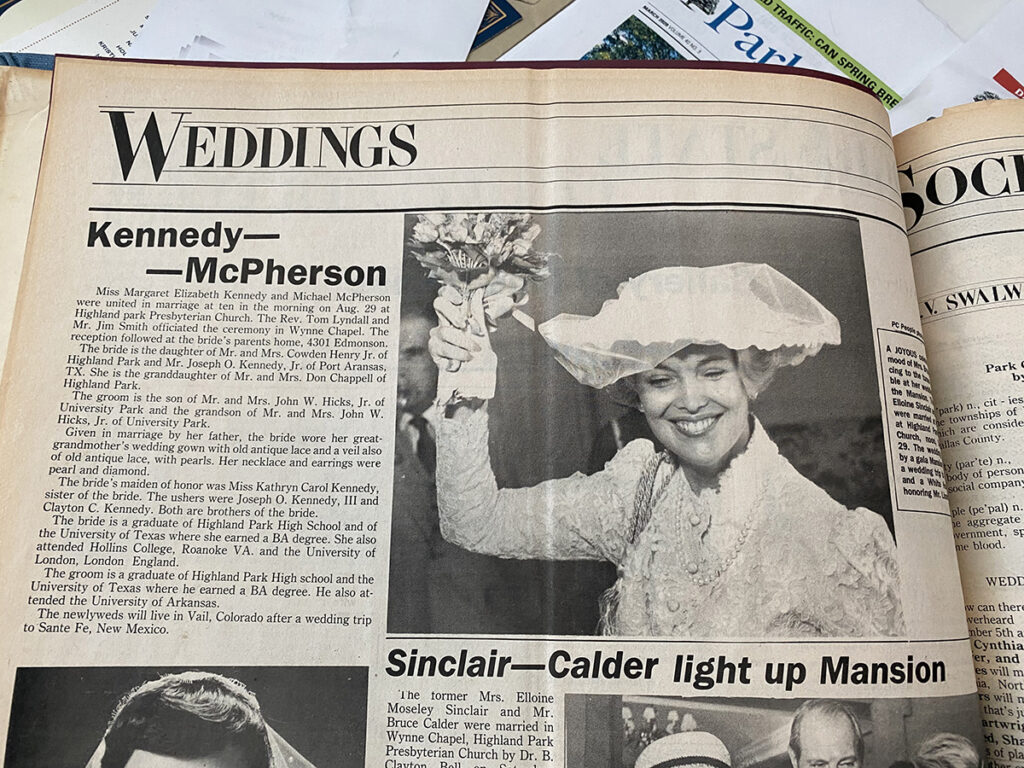 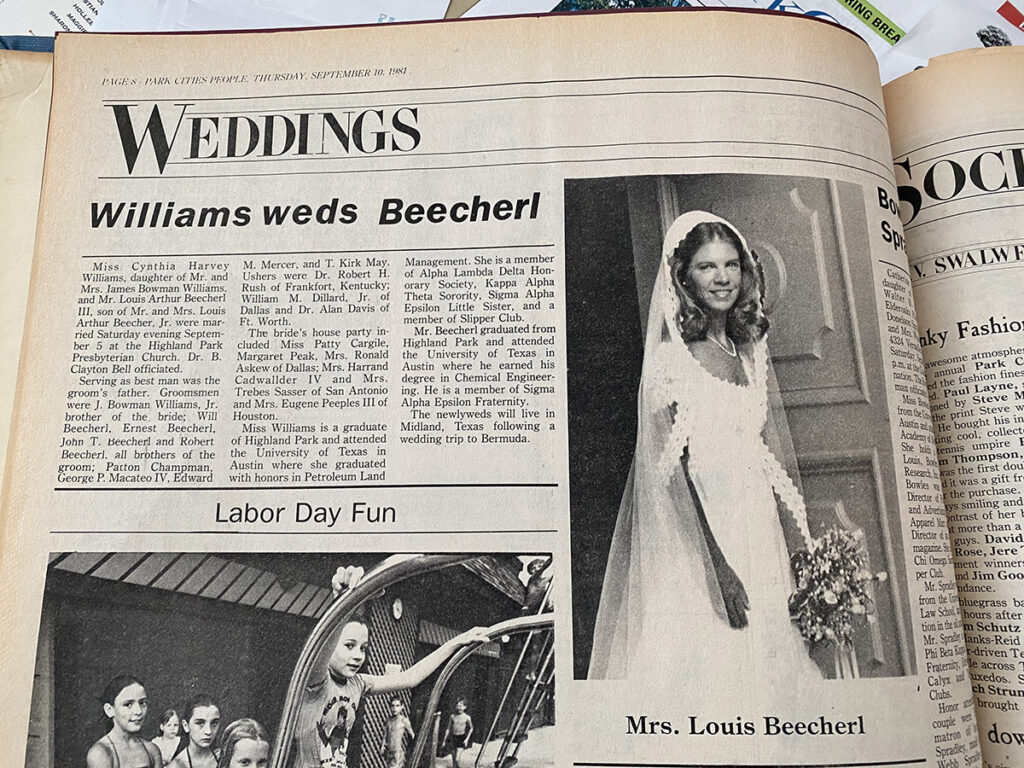 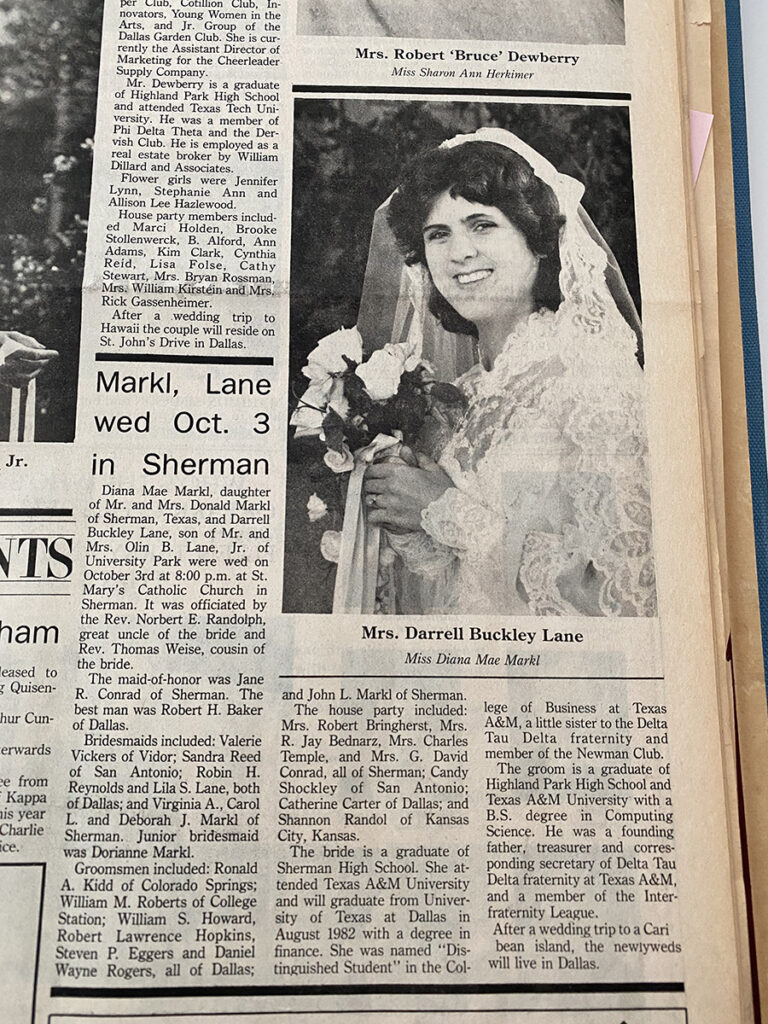 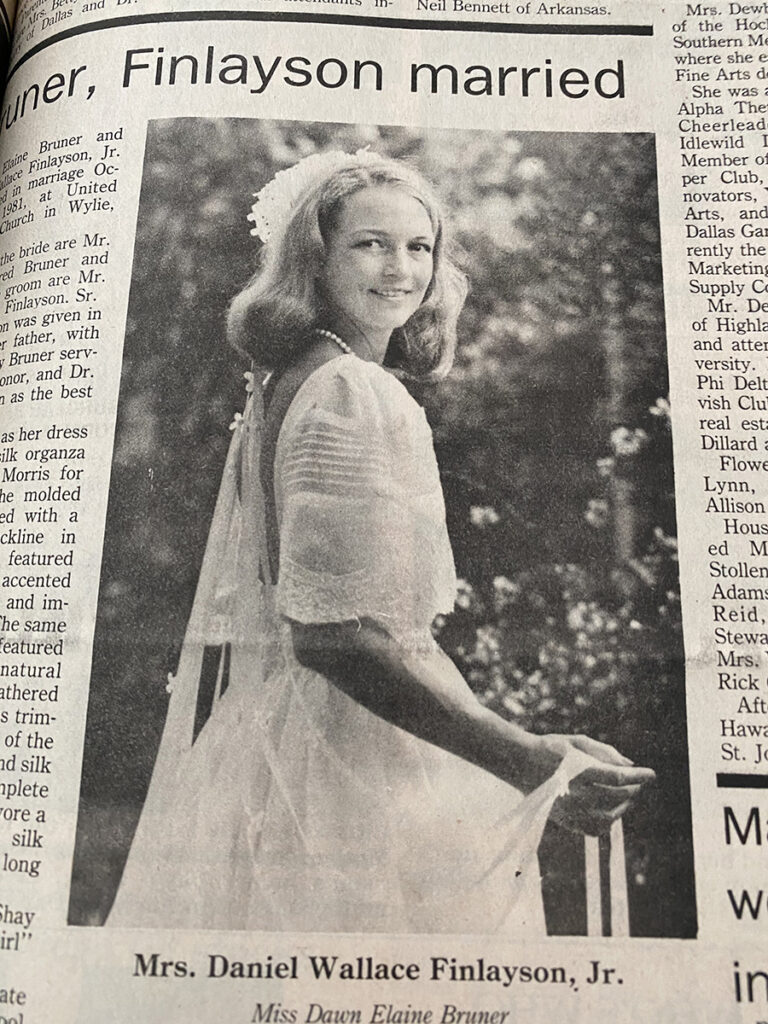 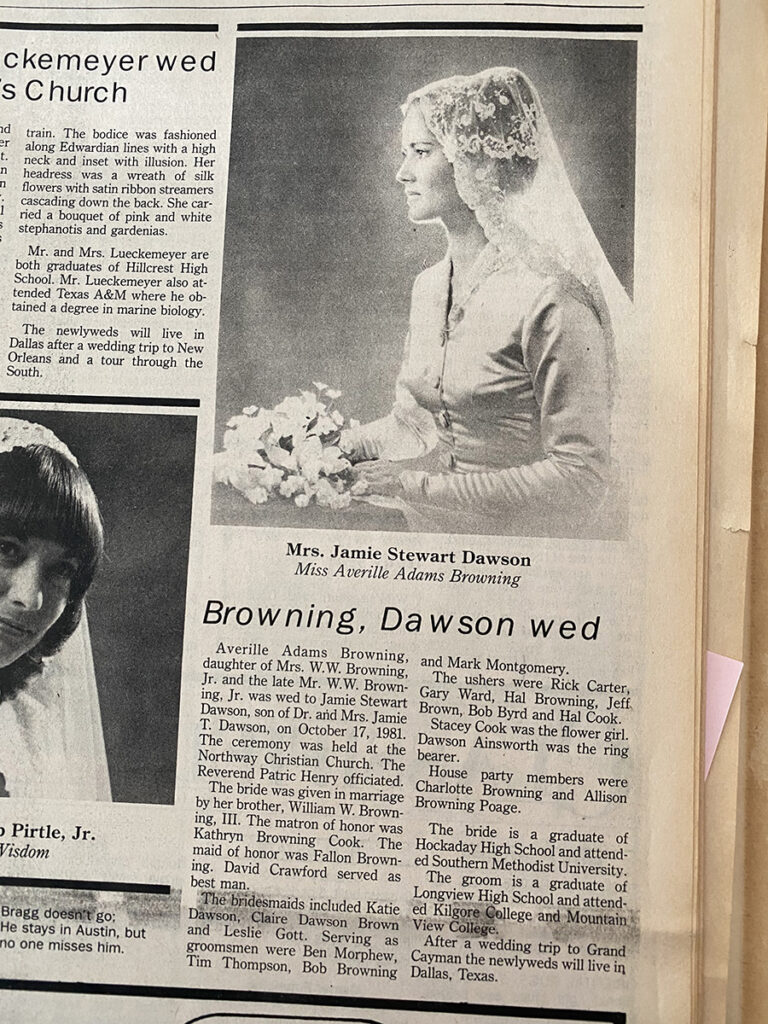 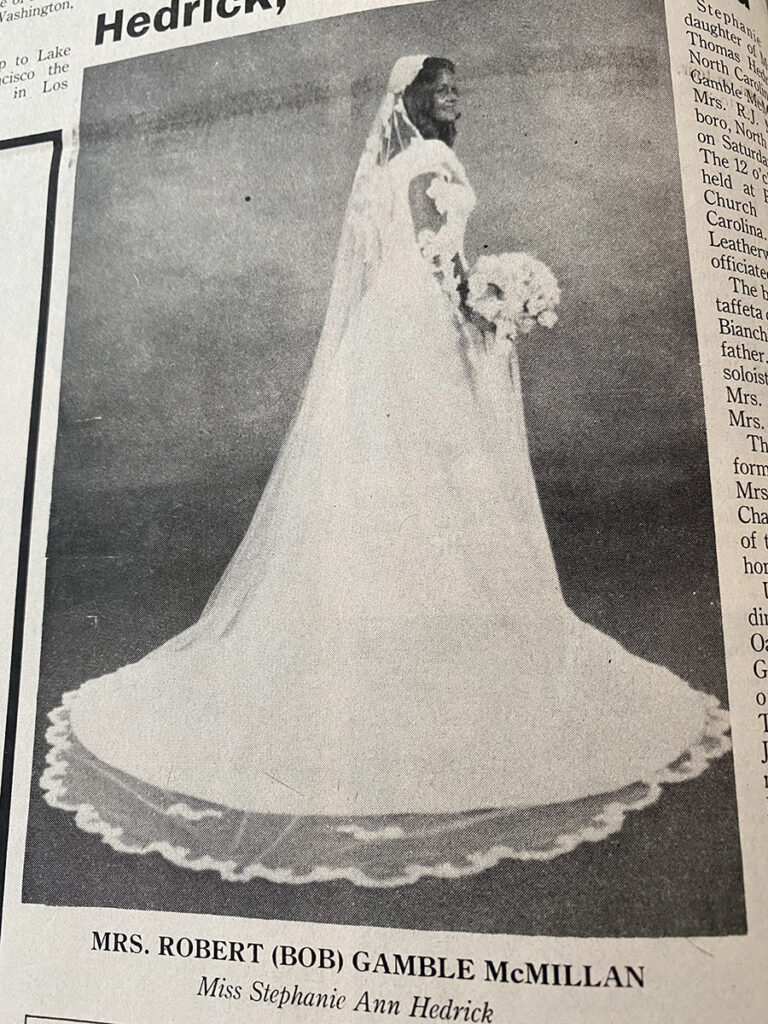 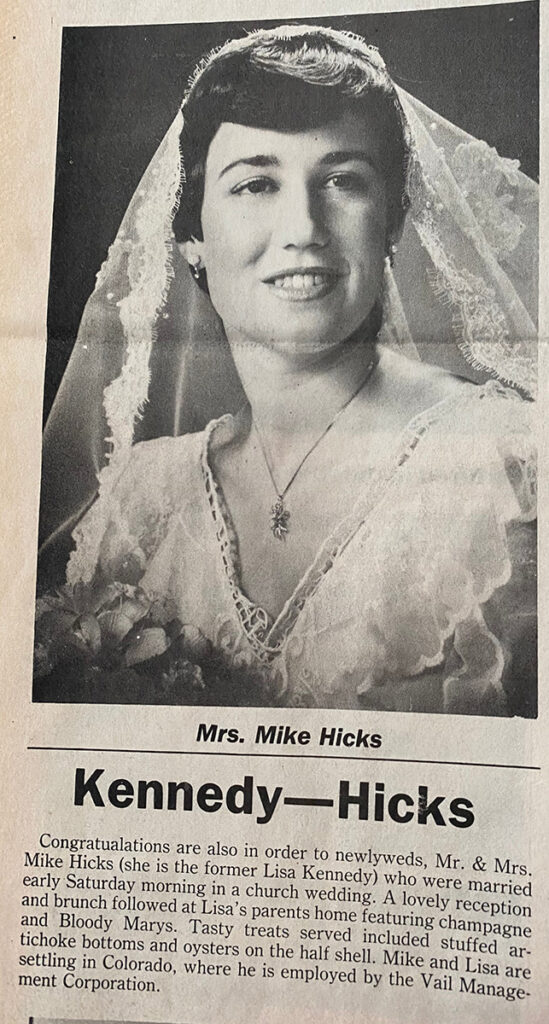 But that doesn’t mean that Park Cities brides weren’t the height of 1981 fashion that summer, either.

In that pre-Diana wedding era, brides were still working in a lot of late-1970s looks, with plenty of lace, Gibson Girl type embellishments, and even wedding hats. There were plenty of prairie-style, Gunne Sax-created gowns. Some brides opted for a more classic, romantic look with heavier fabrics, machine-made lace, and nods to the 1930s and 1940s silhouettes. You also saw plenty of Juliet cap veils, too, before tiaras and big hair took over as the 80s continued.

It was, by and large, a relatively simple set of looks compared to what would follow through the rest of the decade, which featured considerably more dramatic elements (like Princess Di’s puffed sleeves and long train). Bridesmaid dresses were also more dramatic and featured grander silhouettes that were in line with the ball gowns most brides opted for.

“Wedding gowns of the decade frequently had lacy bibs on their bodices and high necklines,” Lisa Birnbach wrote in a feature titled “My Big Fat 80s Wedding Dress” in the New York Times. “Any one would have made a luxurious bedspread for a California king. Shoulders emphasized with pads the size of those worn by fullbacks kept us upholstered.”

Remembering When: Got some favorite memories about reading Park Cities People or Preston Hollow People through the years? Or maybe you are celebrating a 40th anniversary of some type, too. Please share with us your tales and photos at [email protected]